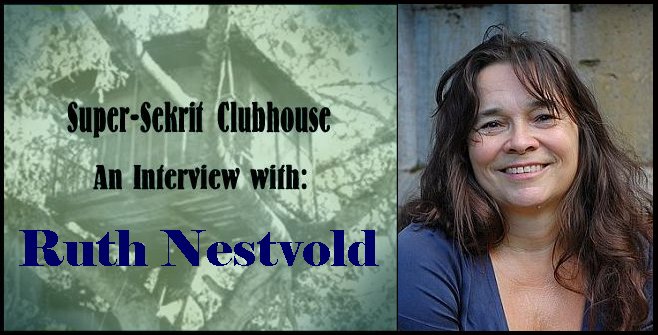 Since breaking onto the SF writing scene in 2001, Ruth Nestvold has established herself as an accomplished writer of thoughtful speculative fiction. Her short fiction has appeared in Asimov’s, Realms of Fantasy, Sci Fiction, Strange Horizons, as well as several year’s best anthologies. In 2004, her novella "Looking Through Lace" was short-listed for the Tiptree Award and nominated for the Sturgeon Award. In 2007, the Italian translation Il linguaggio segreto won the "Premio Italia" Award for best work of science fiction or fantasy translated into Italian in 2006. Her short story "Mars: A Traveler’s Guide" was a finalist for the 2008 Nebula Award for Best Short Story. Born in Washington and raised in Oregon, she now lives in Stuttgart, Germany, where she works in technical translation and localization.

You can learn more about Ruth and her work at her homepage and her author’s page on Amazon.com. She blogs at What’s New – It’s a Writer’s Life.

What’s life like in Stuttgart? What’s the biggest difference between Germany and life in America?

Well, even though Stuttgart is the home of Mercedes and Porsche, you can get around very easily without a car, something difficult to imagine in a lot of big cities in the States. And they have affordable health care here, as in most of Europe. Otherwise, people watch a lot of the same movies and TV shows (just in German) and listen to a lot of the same music and eat at a lot of the same food chains. It's hard to get decent salsa, though, so I make it myself.

You’ve recently become an indie writer after years of publishing your work traditionally. What led to this decision?

I've been selling pretty well in the short story market for a long time now, but that hasn't been the case with novels. I'd written 3 1/2 novels (aside from the apprentice novel I shredded) before I was finally able to sell one, and that wasn't even to an English-language publisher. My novel Yseult, a retelling of the Tristan and Isolde legend, came out with Random House Germany in 2009 as Flamme und Harfe and was followed by translations into Dutch and Italian. But there was no interest in the English original from publishers. I was told at some point that there's no market anymore for Arthurian fiction. So when I got the rights back for the English last year, it seemed to me that made it a perfect candidate for an indie book. I published it in January, and in the last six months it's sold about 600 copies—not bad for a book without a market.

Tell us a bit about how your workday has changed as now you must wear the hat of publisher. How do you balance that role with that of writer?

I have to admit, that's something I'm still working on, balancing the publishing and marketing with the writing. I haven't quite figured it out yet, but I'm getting better. I try to make sure I get a minimum amount of writing done first each day before I go looking for stock images or format a new short story collection or schedule free promotions. The upside is that now I have my career in my own hands, I'm feeling much more energized about the writing again. But I definitely have to work on my organizational skills. 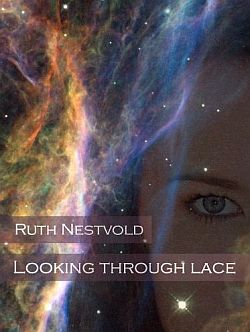 Do you have any advice for writers thinking about going indie or those just starting out at it?

I'm just starting out myself, when it comes right down to it! I published Looking Through Lace as an ebook last year, just to see what was involved, but I didn't do any marketing for it, and it sank like a stone. I didn't get serious about going indie until I brought out Yseult this year. Probably the best thing I did was to start visiting the Kindle Boards regularly. The folks there have way more experience than I do.

The main thing to realize if you're thinking of going indie is that it's a lot of work. And it's not free money either. Most of the books that sell best have professionally designed covers and are edited by professional editors. I'm lucky that I have so much previously published material and I don't have to hire an editor for every book. Editing is by far the biggest cost factor when going it on your own. My most recent ebook, Shadow of Stone (a sequel to Yseult), was not previously published so I needed an editor, and it's going to take much longer for me to start seeing a profit on that one than I did on any of my other ebooks.

You seem to have switched from writing science fiction to fantasy. Could you explain the switch and your thoughts on the two disparate fields?

That's not strictly true. I've been writing both from the beginning. What is true is that most of my novel-length ideas are fantasy rather than science fiction, and since I've been concentrating on novels more recently, it might look that way. But Looking Through Lace is one of my best-selling ebook titles, and I've returned to that universe to write more installments of interstellar cultural conflict, as a number of readers and reviewers have requested.

I love both genres and I don't want to stop writing either. They are both based on thought experiments, on the ability of the writer to give the world something original and different, something that will make the reader go "ah ha!"—sensawunda, to use the official term. Not that I think any of us is able to pull that off every time, but it's the goal we need to shoot for. For me, the difference between science fiction and fantasy is primarily in setting, which, of course, determines story. 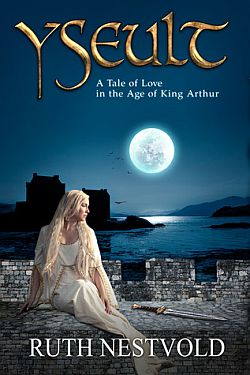 In your series The Pendragon Chronicles, you’re exploring Arthurian legend in your own unique way. Why does this time period and mythology appeal to you, and could you give us a few thoughts to your approach?

I read The Once and Future King when I was a kid and liked it way better than Lord of the Rings. Probably ever since I've been a fan of Arthurian fiction. And when you think about it, the legends are a gold mine for writers. There are so many different characters and stories, it's no wonder the "matter of Britain" dominated the literature of the Middle Ages, throughout Europe.

My goal in writing Yseult and Shadow of Stone was to give the role of the female characters more emphasis and embed the legends in what is known of the historical period in which they originated, while at the same time maintaining a fantastical element. It's historical fantasy with an emphasis on "historical."

What are you working on now?

As I mentioned above, I'm working on another novella in the universe of Looking Through Lace, Beyond the Waters of the World, and brainstorming more potential storylines on Kailazh/Christmas. Other projects in various stages of completion include a steampunk tale in my own backyard in which Gottlieb Daimler plays a role, a novel on three narrative levels riffing off the Nibelungenlied, and a time-travel novel to the English Restoration revolving around the figure of Aphra Behn, the first professional woman writer in English literature.

What direction do you want to see your writing take creatively in the next five or so years?

I'd love to branch out into other genres, in particular straight historical fiction. In my research, I've come across lots of fascinating and relatively unknown historical figures, and I would really like to tell their stories. Not sure if I'll ever get around to it, though, since I have so many projects still to finish. Those have to come first, before I start tackling new material.
Collapse